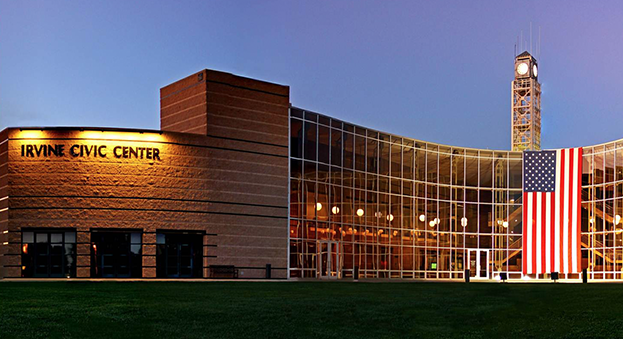 Irvine City Council meeting: Motion made by Councilmember Lalloway, to: “Authorize and direct the City Manager to take all necessary steps in cooperation with Cal Vet,and the U.S. Veterans Administration, to accelerate the processing and final approvals for expedited construction of the Southern California Veterans Memorial Park and Cemetery on Veterans Cemetery Facts Supported by Documents… the State and City designated 125-acre parcel of land known as the ARDA Transfer Site within the Great Park, with the goal of commencing memorial park and cemetery operations on or before Veterans Day 2019.

The City Manager is further directed to: … Convey to the Governor’s office and the California Veterans Administration, … (…and the U.S. Veterans Administration), the City’s offer to guarantee local funding of up to $40 million from Account 180 at the Great Park toward completion of design, demolition, grading and construction in order to commence operation of the Veterans Memorial Park and Cemetery within the Great Park by Veterans Day 2019.

This motion first carried 3-2, with Fox, Lalloway and Schott voting YES; then, Councilmember Fox suddenly said she made a mistake and wanted to reconsider her vote. In the reconsideration, Lalloway’s measure was replaced by one limiting the City’s contribution to $38 million; requiring that the balance of the cost — $40 million — come from the State and Federal governments; and introducing a land-swap alternative in case the State failed to appropriate the funds.