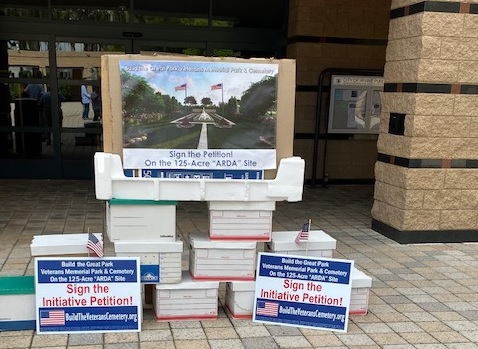 The signed petitions have now been transferred to the Orange County Registrar of Voters for an official certified count to ensure the initiative can be placed on the Irvine ballot in November.

If passed by Irvine voters later this year, the citizens’ initiative would override the Council’s November 26, 2019 vote, by designating the City-owned ARDA site at the Great Park on the former El Toro Marine Corps Air Station as Irvine’s once-and-for-all choice for a State-built and State-operated Veterans Memorial Park & Cemetery, at no cost to the City.